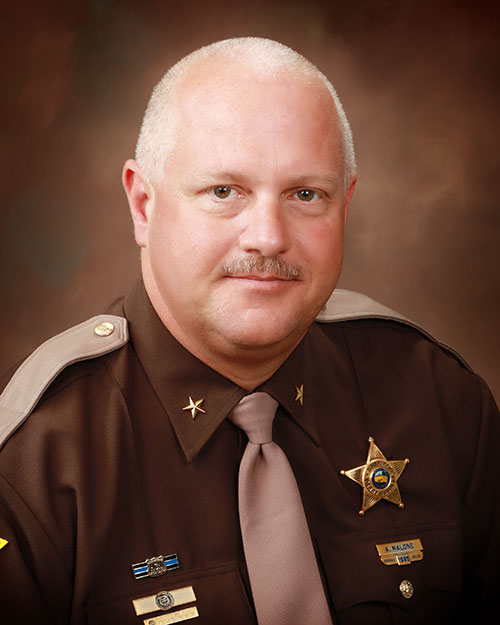 Dedication to the Community

During Sheriff Malone’s career, he has always been involved in community policing. He partnered with the Tell City Police Department and started a “National Night Out” event which enhances the relationship between neighbors and law enforcement to build a camaraderie to make our community safer, and more caring places to live and work. Again partnering with the Tell City Police Department, he helped create a Citizens Police Academy. This program is designed for the public to learn what law enforcement does on a daily basis, how they handle different scenarios, and discuss police-related issues. The program has been a success with several citizens completing the 10-week course.

During Sheriff Malone’s 20-year law enforcement career with the Tell City Police Department, he was promoted three times rising from a First Class Patrolman, to Detective, to Lieutenant, and finally Assistant Chief of Police. Each roll gave him experience in different aspects of law enforcement. Malone spent 13 years as Detective conducting high priority investigations and through promotion into new roles, learned many of the administrative duties of the department as well. As Assistant Chief, Malone worked closely with the Chief of Police on budget issues and daily operations.

Prior to his work with the Tell City Police Department, Malone was employed with the Indiana Department of Corrections which has given him valuable insight and experience leading the operations at the Perry County Detention Center.

After the resignation of former Sheriff Lee Chestnut in 2015, Malone was chosen to lead the Perry County Sheriff’s office for the remainder of the term. He was elected to his first full term in office during the General Election in 2018.

Since taking over in 2015, Malone has had many accomplishments within the department and Perry County community. He maintains a close working partnership with the school systems and the ongoing efforts to make schools safe. He serves on several community boards and committees.

Malone is committed to our community and is honored to serve as Perry County Sheriff.